So what happened to CO2?

Broadly, the use of CO2 as a refrigerant was replaced in the 1930’s with the new chlorofluorocarbon (CFC) refrigerant, Freon, developed by DuPont and General Motors. This was thought a more suitable alternative at the time, due to lower operating pressures and less ‘sensitive’ behavior in a vapor compression cycle. Over the last century this signaled the growth, and the eventual phase out, of several successive families of synthetic refrigerants (CFC’s, HCFC’s, HFC’s), all plagued with environmental concerns relating to either ozone depletion, global warming, or both.

Happily, our understanding of what’s good for the planet has grown since that time, and technology is helping make CO2 as a refrigerant even more useful than it ever was!! We’re biased….but CO2 totally rocks! Learn more at www.glaciemcooling.com. 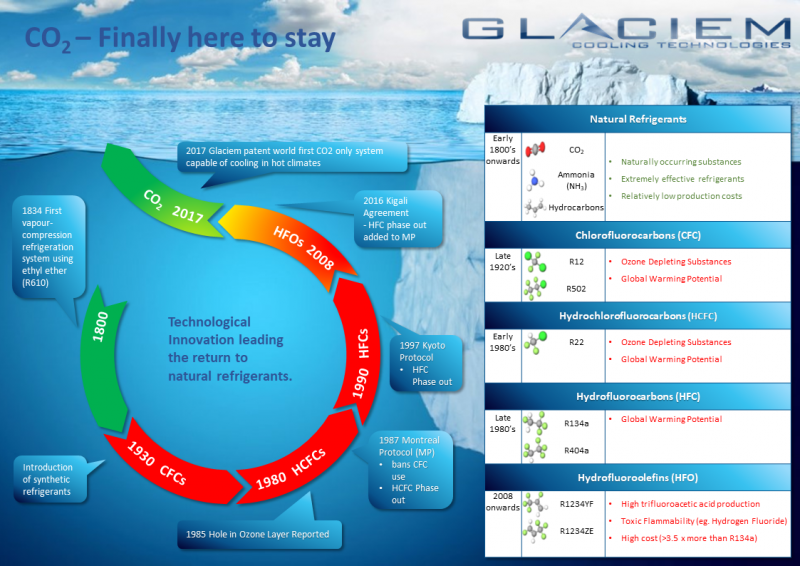 About the Author: Rohan Wighton